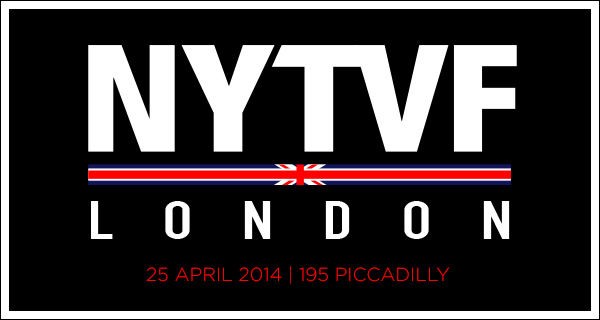 The NYTVF returned to London on April 25 for an afternoon of sold out free panels and networking, geared toward emerging producers, writers, and content creators looking to further their careers and break into the U.S. marketplace.

The ABCs of being an indie artist is to Always Be Creating. Though a simple concept, it can be a difficult one to activate. As much as television and film are creative media, artists often find it difficult to produce new work without a final destination in mind. However, as more storytellers enter the television and digital landscape, it has become increasingly important to have a backlogged resume of work that exists to hone a strong voice and be accessible to anyone who may be interested in new content creators. Join panelists for a frank and engaging discussion of developing ideas further, of creating work cheaply and efficiently NOW to aid in a future career in television. Panelists will discuss: the reasoning behind and benefits of having a creative cache; producing on a shoestring budget; using online and social platforms to showcase work and build an audience; and tangible opportunities for indie creators' next great projects. You can't succeed if you don't participate.

Specially Formatted to Fit the Screen: The Dominance of TV Formats

In 2014 there will be more hours of original programming produced for TV and digital than in all previous years combined. To supply programming with an ever-increasing demand, production companies and networks the world over are turning to formats. Funny; Irreverent; Fresh – Formats are inexpensive to produce, enjoyed by a broad demographic of viewers, and are easily replicated internationally. Despite their inherent popularity, though, it can be unclear what exactly a format is and how a producer goes about creating one. Join panelists for a practical, informative discussion on the creation, development, and sale of formats. Hear first-hand from experts and producers as they discuss what goes into making a format, where the marketplace is shifting, the cross-market and cross-national appeal, and how comedy and unscripted work together in this new model.

Taking a Turn for the Dramatic: Rich Programming & Quality Content

While television comedies and reality programming have always been the kings of the genre game, the current Golden Age of Television is defined not by its mainstays but by the ever-increasing number of quality drama programs. Join panelists for an insider's discussion on developing drama as well as breakthrough advice for filmmakers, writers, and emerging producers. With an eye toward both serialized and procedural storytelling in the US, UK, and beyond, panelists will discuss industry trends while providing insight for creatives looking to get their big break.

Got a question? Email london@nytvf.com